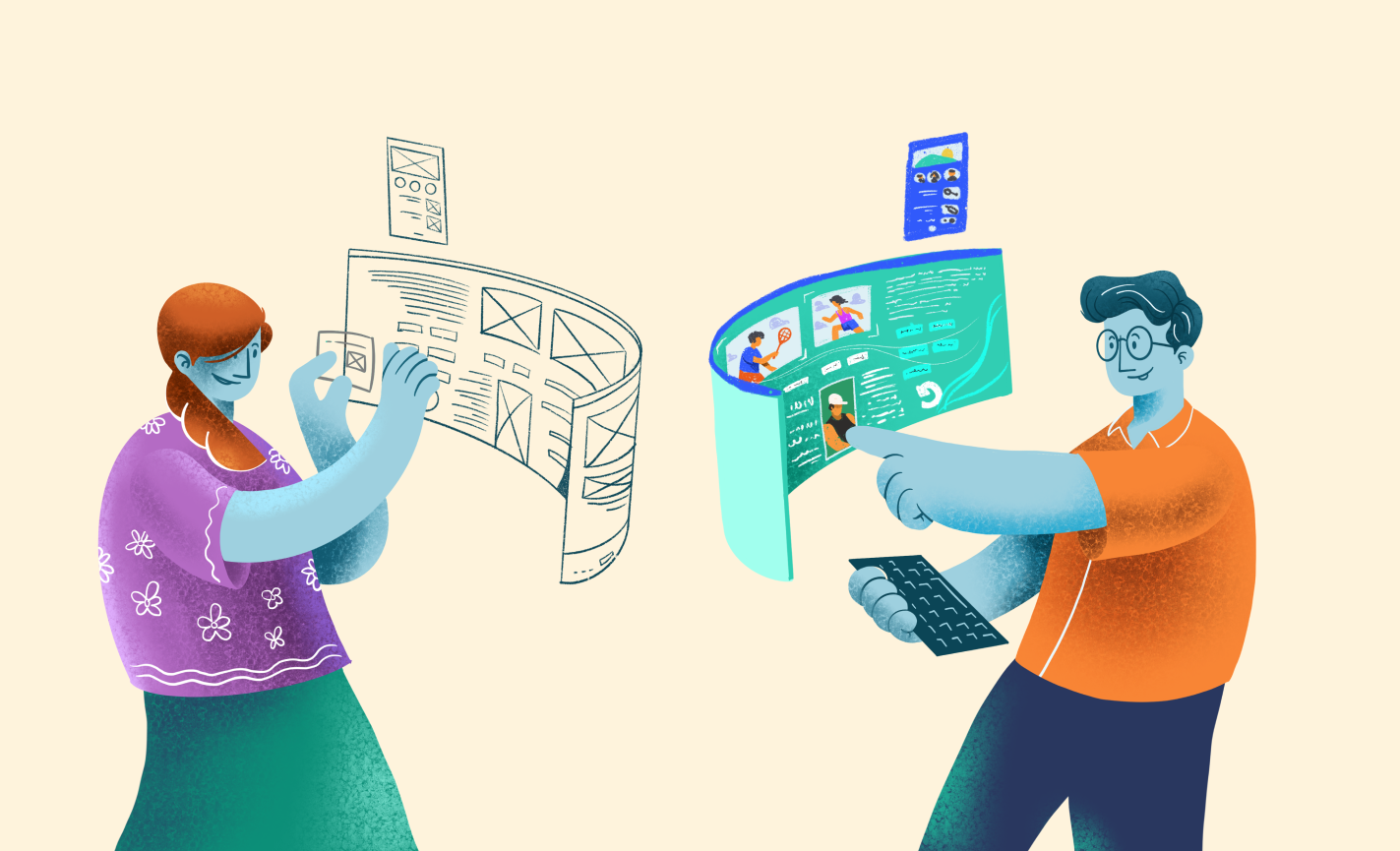 This simple quote explains the basics of UI and UX design and it is quoted from one of the partners of Google venture.

Both UI and UX are unavoidable parts of modern product and service developments, at least those across the digital media. No matter whether it’s an application, website, software, games, operating system, or just a random chatbot- everything requires some essence of both of these tasks.

In today’s post, we’ve disclosed the differences, similarities, task coverages, and career overview of UI Designer vs UX Designer. Take a break from whatever you’re up to and go through the whole post

How Should We Look At The Comparison?

Before we break down the differences between a UI designer and a UX designer, we need to set the viewpoints right. You have to understand what types of variables matter in between these two aspects, and how it affects the designer himself.

Firstly, UI is something that is closer to what we refer to as Graphic Design. But the area of work has many differences between them. On the other hand, UX is a bit of a technical and analytical sort of work.

To understand in-depth you have to look at the UI from a visual point of view, whereas UX is more about how much comfort and satisfaction a certain product can provide its users

Hope you’ve got that right. If yes, let’s enter into the main discussion-

What Is UX Design?

Simply put, UX design is the process of boosting us user’s satisfaction by enhancing the usability, interaction, ease of use, etc. No matter if it’s a physical product or a software-based product, the same definition goes for both.

And what tasks does it cover? Well, it’s hard to answer it in one word. But we can certainly give you a categorized list of works that are responsibilities of a UX designer-

Execution of Process and Analysis

What Is UI Design?

While UX deals with the usability and ease of a product, UI does the job of complementing it with the visual look, the feel, and the overall interactivity of a certain product. It also includes branding visual design, front-end development, etc.

As an interactive and visual designer, the role of UI personnel is quite crucial. He has to collaborate, merge and complement the front-end designer, the UX designer, and even the marketing team to some extent.

Now, let’s have a look at the responsibilities that a UI designer has to take over

Can UX and UI Designers Work Together?

By now we have already established the fact that both the designers need to collaborate with each other to create and develop a product.

The thing about mobile applications where it serves the user with a certain sort of information. To deliver optimal usability, the UX team will work on the flow of the app and decide the placements of grids, and buttons by analyzing users’ behaviors.

On the other hand, these decisions regarding the interface and structure of the app will be given into the UI designer’s hands. The UI team will work on the interface, and make sure that the right elements appear in the right place in the proper manner.

And this sort of collaboration will keep going on even if any certain change is required in the same product.

The Career Comparison Between UI Designers Vs UX Designers

As long as we’re comparing UI designers and UX designers, it’s obvious that the career comparison will take place in the discussion. But the answer quite depends on the location, experience, industry, and the type of product/project the designer is dealing with.

However, if we set out radar into central Europe, we see some more precise data on the salary comparison of UI designers vs UX designers.

At the end of the whole discussion, if you are wondering which career path is better for you? Well, the answer should not be decided based on salary ranges only, because that’s quite impractical. Instead, think about which sort of work excites and seduces you, and how much confidence you hold in both of these sectors.

This will eventually bring you the final answer. Good luck!