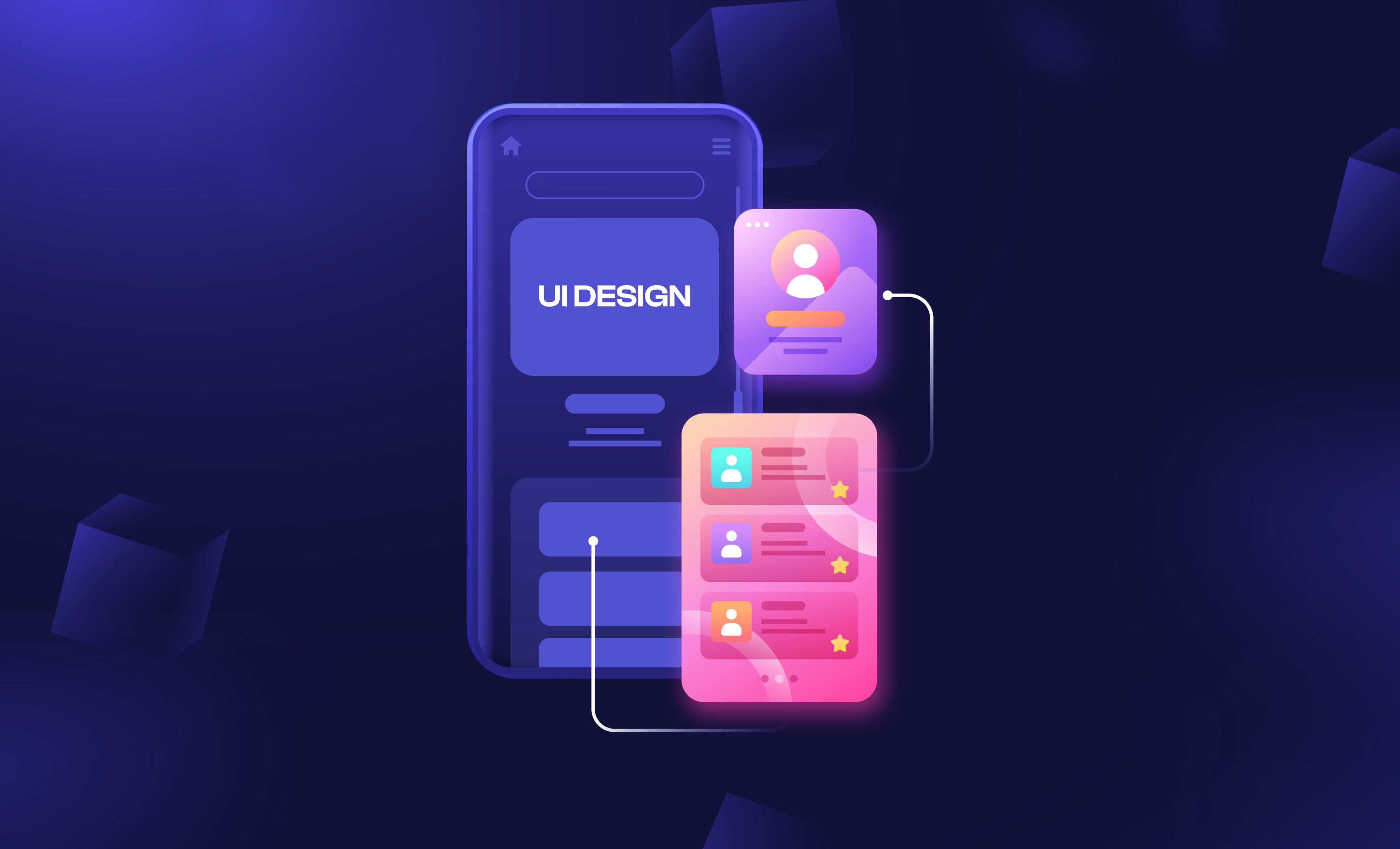 Once upon a time, websites and web applications were used to occupy some hard-coded, never-changing HTML scripts. But the thing is, those days are long gone.

Now, as a UI designer, you can make this transition from data-only web app design to user-centric smart UI design in a very welcoming way. For that, you need to know what are the user interface design principles for web applications and how to adopt them as a designer.

And this article is all about this specific concern. Got some minutes to check out them? Let’s go-

The number one rule of web interface design is to keep users in mind. Before that, you have to know who are the target users of the web application you are working on.

The first rule of web interface design is to prioritize the user. Therefore, you must be well acquainted with the targeted users of the web application you are working on.

Once you’re done with your research, put yourself in the shoes of the users and re-consider the design process. One fun fact about users is that- they don’t read, they just scan until they find the right information that they are looking for.

Also, web UI designers have to be aware of the operating habits, abilities, needs, and interactive methods of the users. Indeed, a certain product can not meet all of the user’s needs. But it should be in the best manner that suits the majority of their demands.

The title might seem interesting. But KISS is one of the basic UI principles that designers have to abide by.

The manner of executing the KISS theory is to put users into control. When the users’ can control the web application that they are interacting with, that’s a limitless possibility.

But users are not web designers themselves, you have to shift the control into users’ hands in the simplest way possible. So, reduce the burdens on the users and keep the entire operation simple and stupid.

Let us clear one thing out being consistent in the placements of the features is important for a web application. This is not for a certain segment of a product, but for the entire product.

As an example, you are not supposed to keep the menu on the top of one page, and at the bottom of another. Also, don’t rearrange items of a certain element everything reloads. Try to develop an intuitive connection with the users. And let them develop a consistent idea of what parts of the application contain what information or icons.

The question of consistency is also involved with font and typography. Don’t involve different fonts on different pages. Also, don’t go for swapping body/header/footer fonts from page to page.

Principle 4: Clarity is the Key

Some of you might think this two are the same, that’s what their name suggests. But hey! they are not the same at all. We will tell you why-

Clarity is associated with the application’s way of informing the users about what to do at all times. This process might involve UC design as well, but executing this formula is imperative.

The reason why minimalistic or brutalist web design has become so popular is its Clarity of it. With such a web application, the users are not going to be confused about what purpose a particular segment of a product is serving. Having a little(or no) clutter is the key here.

Here are a few examples of clarity in a web application

There are simply two kinds of interactions in a web-based application- one-sided and both-sided. In the second kind, users will interact with the system. They will upload items, download items, provide inputs and receive outputs.

Throughout this way of interaction, keep your system interactive. It will let the users be informed about what’s going on in the system. Here are a few examples to keep on your to-do list-

Whenever it’s about designing, the design elements are pretty much common in various platforms. And the advice from our side is not to re-invent these elements but to innovate. In this way, your product won’t make the users think about how to figure things out. Instead, they can open their creative windows through the tool that you have developed.

An example of what we are saying is- to think about the placement of login access to a web application. The pattern and placement of it should be the same as what it is in most of the other applications. But what you can innovate here is, letting the users choose strong passwords, remember the last login IDs, etc.

Overall, make a perfect balance between creativity and usability. Don’t overlap or terminate any of them.

Visual hierarchy is a key element of a web application user interface design. And it can be acquired by having a clear view of the visual elements of a screen. Once acquired, it would clearly possess the ability to distinguish the information that is being consumed by the audience.

Here are some 101 rules of a perfect visual hierarchy-

If we are honest, there are dozens of more principles that we would like to add to this list. But as a starter course, this set of principles should be enough to explain the user interface design principles for web applications. See you in the next post!